Green At Any Cost? All About Renewable Energy Prices

For many years, renewable energy was an expensive and exclusive market.  Going green was for companies and rich households only—but over time, as with any new technology, prices have slowly come down.  In January 2018, based on earlier predictions being knocked out of the park, experts have estimated that solar energy will be cheaper than fossil fuels by 2020.  This is incredible news, solving the decades-old crisis of what would happen when our resources inevitably ran out.  But it's not just about the lowering initial installation costs of solar power.  Here's why.

Cheaper in the Long-Term

As the experts have noted, initial costs for solar power will only continue to fall—and they're much cheaper in the long-term, too.  Panels are easy to maintain and can last decades before they need replacements or repairs.  Compared to the continuous costs of burning fossil fuels or performing expensive maintenance on wind turbines, this is an incredible boon for both consumers and the energy industry.

It's not only prices that are improving.  Renewable energy is still a very young field of study.  For example, in the eight-month period between June 2015 and January 2016, peak solar panel efficiency was extended from 18.2% to 29.8%.  It goes without saying that such fast improvement is extremely impressive—and bodes well for the future of the technology.  Granted, it may be a long time before consumers can purchase panels at the top end of that efficiency scale, but that it has been achieved in the first place demonstrates how much potential there is.  Equally, there are also many aesthetic improvements being developed; at the cutting edge of the technology, it's now possible to purchase transparent solar panels, enabling designers to use them in place of windows.

The energy industry is like any other in that it wholly depends on what consumers want.  Many businesses are now making public efforts to go green in order to impress their target audience.  The predictable outcome of this, as the market continues to move in this direction, is that it will one day be distinctly unfashionable and undesirable to continue to use non-renewable energy.  The closer we move to those, the greater the demand for sustainable energy will increase.  The competition will increase along with it—and that means prices will continue to come down.

Solar power and other forms of green energy have always been worth it to those who could afford it.  They're infinitely better for the environment than, say, nuclear power—but now that they're so affordable for the mass market, they're a thousand times better.  Every household stands to benefit, and so does the world around them as well. 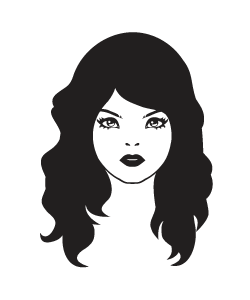 Did you know that the way we generate and use energy can have a big impact on the environment? I wasn't aware of this fact until my son came home from school. He had been learning all about climate change and he was really worried about the future. Seeing my 7-year-old in tears really moved me and I vowed that I would learn more about green energy. I contacted an energy consultant who came to visit my home. They assessed how energy efficient it was and recommended that I have solar panels and double glazing installed. The contractor who carried out this work was excellent. I decided to start this blog to encourage others to go green.